H1N1 or swine flu is a global disease also known as 2009 flu pandemic (officially acknowledged as such by the World Health Organization (WHO) in August 2010). In June 2009 the WHO rated the swine flu as a global disease. The virus was proved in more than 200 countries. Swine flu is not comparable to swine influenza, an infection which is common in pigs all over the world. Until now the pandemic has cost the lives of more than 20,000 people worldwide. The disease transmission is only given from human to human, not through contact with pigs or by ingestion of pork. The symptoms of swine flu include a sore throat, fever, coughing, rhinitis, body aches, fatigue, chills and headaches. Many people suffered from nausea, diarrhoea and vomiting. Swine flu is transmitted by droplet infection and no natural immunity is known. Better hygiene can reduce the contagiousness. In the meantime a flu vaccination was developed.

Where did it come from?

The pandemic is caused by an Influenza A virus subtype H1N1 and spread in North America, specially in Mexico in the beginning of 2009. This H1N1-influenza-variant is a 'reassortant', a mixture of genetic material of two viruses. The virus arose from a recombination of two lines of swine influenza viruses. 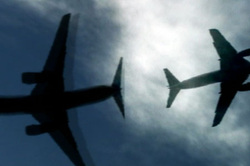 Starting in Mexico in the year 2009 the H1N1 virus quickly emerged to become a global problem. In addition to the tremendous number of newly infected Mexicans, other countries such as the United States, South American and also European countries noticed an increase in reported influenza cases. But how could the virus reach other continents?
We live in a time where the exchange of cultural matters between the countries of our world has never been at a higher rate. Many people, especially men and women who work for international business companies, travel different continents regularly. This aspect of globalisation has its downsides. The swinging back and forth of people between multiple continents makes it easy for diseases such as the H1N1 "swine flu" to spread. This is exactly what happened with the H1N1 virus. The first non-Mexicans to be infected with the virus were tourists from the North American regions. Evidence has been provided that in 2010 more than 200 countries were affected by the virus, causing more than 20,000 people to die from it, whilst the number of infections exceeds the 500,000 mark. Today, the global hype which came into existence in 2009 has more or less disappeared, as the media is not much concerned with the topic anymore. Infection rates diminished over the past 2 years and reached fairly safe numbers. 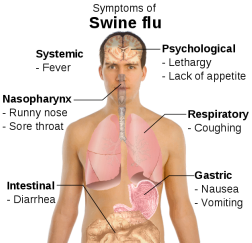 Just like the other subtypes of influenza A, the H1N1 virus causes human flu when it comes to an infection. Chills, fever, a sore throat, muscle pains, severe headaches, coughing, weakness and general discomfort are just some of the possible symptoms. The older the person concerned is, the more dangerous an infection can be, as the immune system at older life stages might not be able to fully withstand the flu. There is no definite answer to how long an infection with the formidable virus lasts, as it does always depend on the strength of the attack and the number of symptoms. However, it is known that it takes way longer to recover from swine flu than it does from a conventional flu. 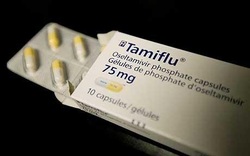 http://i.telegraph.co.uk/
For people with a strong and healthy immune system swine flu is mostly not a highly dangerous illness. Those patients do not need medication and should stay home for at least five days after the symptoms started or until the day after the symptoms have stopped. If the symptoms are very strong or if the patient is a member of risk group one should immediately see a doctor to get treated with an antiviral drug like Tamiflu or Relenza, which reduces the reproduction of the virus but does not kill it. For people with a very weak immune system or very strong symptoms a stay in a hospital with medical care is essential.
Most of the time H1N1 patients recover fully and will not have any lasting side effects.

The first and probably most important measure of not getting infected by swine flu is to keep the personal hygiene high by washing hands frequently and rarely touching eyes, nose or mouth. People living in threatened areas such as Mexico are recommended to wear face masks and gloves in order not to get into contact with the germs. Furthermore, one infected person should stay at home or at least try not to not get into close contact with other people to protect them.

Four vaccines have also been developed that are approved in the European Union. However, they are controversial as to their effect, because they can only protect aganist old strains and cannot do anything about new developments.