Ever since the housing bubble burst in the US in 2007 or the different economic development of countries and their resulting problems became obvious, the word crisis has been present for a majority of the people.
But how did we get into this crisis? 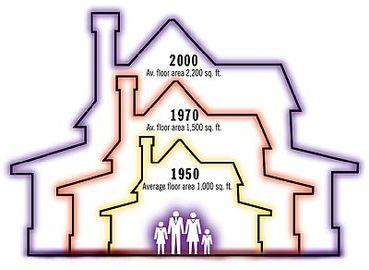 Homes are an important part of life for Americans. It represents you and what you have achieved in life. That is why many Americans want to buy a big and representative house. The average size of a house has doubled in 50 years. But the majority of the people cannot afford to buy a home with their savings. They have to get loans and mortgages from the big financial institutes.

After the turn of the millennium buying your own home got more attractive for more and more people. The funding for homes was only made possible by the historically low interest rates. After a recession in 2000-2001 the interest rate on a short term was cut down by 5.5%, from 6.5% interest to about 1%. Even for a 30-year mortgage the interest decreased from 8% to 5.5%. This trend led to speculations on the housing market and therefore extra costs on millions of homeowners.
During 2004-2006 the situation for the homeowners got even worse. The interest rates went up from the 1% up to 5.25% where they finally settled down.
The raise of the interest rates was not affordable for all homeowners. Now they had a mortgage on their house and had to get a loan to be able to pay for their homes. Furthermore, the housing prices went up to a record high in 2007-2008.

The result of the ups and downs was a crash for millions of Americans in 2007. But it is not only a problem for the homeowners who couldn't afford their homes anymore, but also for the nation's mortgage markets, home builders, real estate, home supply retail outlets, and even for foreign banks. A recession was the logical consequence. The government under G.W. Bush tried to work against the recession and gave out $900 billion to fund the housing bubble.

An article of the Forbes Magazine has a simple solution for the housing bubble: "There may be no place like home, but there's no reason you can't rent it." And for most of the Americans it is more affordable to rent their home rather than owning it.


Financial Crisis - Economy Crisis
The world is in a huge crisis and the free market economy is getting under a lot of pressure.
But is the failure of the banks the only reason for the explosion of the government's debt?
Everything started when the huge private banks became insolvent because of their bad speculation. For that reason the United States began to rescue the banks and the government debt rocketed upwards.

Often the media convey the picture of the "lazy" Greeks but are the Greeks really to blame for that situation?
All the countries especially in Europe developed differently: for example in Germany the wages stayed low. On this account they could spur the export economy and were able to sell their products cheaply in foreign countries.
In reverse the states in the south of Europe like Greece, Spain and Portugal had a big impact on their wages. As well as concerning that rise they lost their competing power.
The consequence was an imbalance between selling goods and buying them, so they who? had to buy lots of goods but have been incapable to sell their products. Furthermore, their debt drastically increased.

But who is to blame for the current situation, what is more important growth or working conditions?