Just like coffee, tea and many other cult drinks, bubble tea has emerged to become one, too. It has, ever since its invention during the 1980s, spread well beyond its land of origin Taichung, Taiwan, finding itself being drunk all over the world. 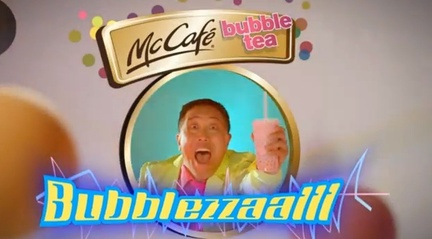 Where does Bubble tea come from? 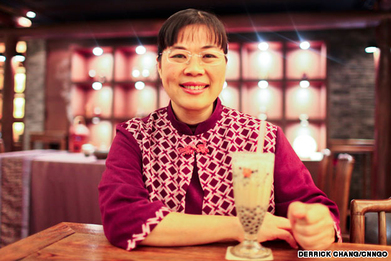 http://travel.cnn.com/explorations/drink/inventor-bubble-tea-885732
Bubble tea has its origin in Taichung, Taiwan. Though there is much speculation on which of the many teahouses invented bubble tea, most will agree the Chun Shui Tang teahouse to be the founder of this beverage.
It was 1988 when the teahouse's product development manager, Ms. Lin Hsiu Hui (shown in the picture), poured sweetened tapioca pearls into the tea offered during a meeting, thus creating the first bubble tea. This was bubble tea's hour of birth. Meeting great demand, bubble tea took Taiwan by storm. It spread to neighbouring countries like South Korea and Japan and from there to the rest of the world. 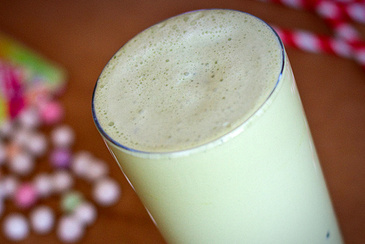 http://blog.t2tea.com/t2-matcha-bubbles/
Most people consider the sweetened tapioca balls or other flavoured balls that are being poured into the drink to be the name giving 'bubbles' of the bubble tea, which, according to the developers, is wrong.
So what are the 'bubbles' in a bubble tea?
Since these beverages usually have different flavours put together, they have to be shaken in order to mix the flavours. When shaking it, foamy 'bubbles' form at the top of the drink, which give it the name it has: 'Bubble' tea. 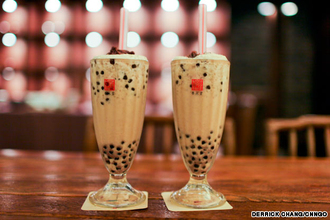 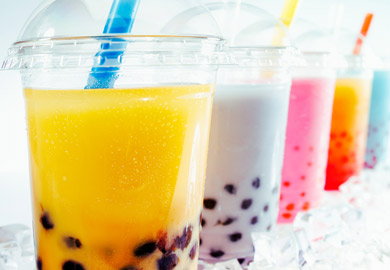 http://www.healthguru.sg/learn-about-food/
Bubble tea is a very general term for what it represents. Depending on the ingredients used one can choose from a wide range of bubble teas all different from each other.
The beverage is based on either a type of black or green tea. According to one's preference other flavours can be added, such as syrups, powders or fresh fruits. Additional to the tea and other flavours, extras like tapioca pearls or other flavoured pearls and jelly can be poured in. The customer can also choose between a hot or cold bubble tea.

The drink was not an immediate international success until it was, with the help of Japanese businessmen, featured in a Japanese television show. This catapulted the drink to the countries surrounding Taiwan like China, Japan, South Korea and others. After taking Southeast Asia by storm it migrated to Europe and Canada then spreading to big cities in the US. By the turn of the century bubble tea shops also appeared in South America and Australia.
What is the cause for bubble tea being spread all over the world?
There are many reasons for the success of bubble tea. First of all, it is a beverage that is different from the other cult drinks that people, other than from Southeast Asia who already know it, are used to. It is often advertised as a fusion between drink and snack that is fun to drink and chew with either pearls or jelly at the bottom. Another reason is the adaptability of bubble tea. The drink can be fully adjusted to the likes of the customer due to the wide range of ingredients to choose from.
Another factor for the huge success of bubble tea is simply the novelty of it in many countries which by itself attracts many curious customers.
Early in 2012 McDonalds added bubble tea as a new product to its assortment, which is proof of its popularity, since McDonalds is a company established worldwide.
Even though the interest in bubble tea has waned in the last years, it is now having a comeback, propelled by innovative new concoctions that generate interest in its past supporters and new customers. 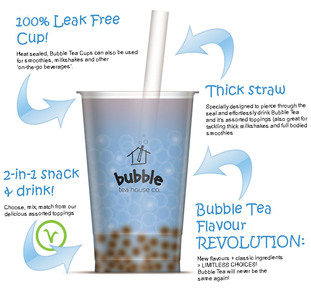 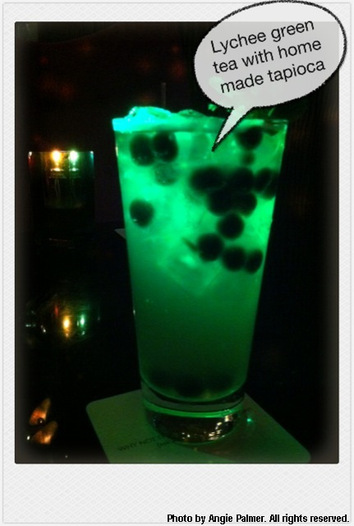 During May 2011 a food scandal in Taiwan stirred the awareness of the media and several organisations regarding bubble tea. The reason for the food scandal were traces of DEHP (a chemical plasticiser and potential carcinogen used to make plastic) which were found in some of the samples. Due to the food scandal, people all over the world started avoiding bubble tea.
In August 2012 the Technical University of Aachen analysed some bubble tea samples and was able to find chemicals which should not be present in food at all. The chemicals found were identified as PCBs (Polychlorinated Biphenyls) which are claimed to be cancer-causing. The German Federal Institute of Risk Assessment reacted by compounding a public health warning.
On behalf of a statement made by Taiwan's representatives claiming that food items are being monitored under the laws, a second round of tests was conducted by German authorities in September.
This time results showed that Taiwanese bubble tea was free of cancer-causing chemicals as alleged earlier. Though there are no cancer-causing chemicals in bubble tea one flaw remains: the choking hazard.

Now, do you feel the desire to drink bubble tea but hesitate to do so?
Even though there were warnings of bubble tea being 'cancer-causing' there are no known cases of consumers taking damage from it. The only remaining threat of bubble tea is the choking hazard, but only if you are under the age of 4.