The globalisation of football

http://www.myfootballfacts.com/World_Football.jpg
Football is one of the most popular sports in the world and is often regarded as the most globalized profession. Although football is still small in the biggest entertainment market of all (the USA), it is the most important component of this sector in the rest of the world. Football clubs like Manchester United, Real Madrid, FC Barcelona, Inter Milan or Arsenal London became large 'firms' in the last few years.
Players are offered to clubs in different countries, the best ones earn millions of euros a year.
One reason for this development is the growing influence of money, which football supporters call 'modern football'.

Because of globalisation and money, football clubs earn through TV rights or get money through investors, managers in the European top leagues are able to buy players from other clubs and make them sign a long-term contract. But the club's managers do not just search in the country they live and work, very often they sign talented players from developing countries which have not the financial opportunities to keep their best players.
Since 1995, it has been allowed to play with any kind of number of foreign players in Europe. That is the reason why the percentage of foreigners in Europe has risen.
Because of the global player trade famous football teams like the Champions League winner Chelsea London FC have a high foreign player percentage of 70%, Arsenal London FC have one of actually 80%!

http://4.bp.blogspot.com/-fA6XqHU66H8/TVNpLRF1R3I/AAAAAAAAAa8/CV4TNxILNm8/s1600/imports+exports+economist+graph+2011.gif
Surprisingly it is not Britain which has the highest percentage of foreigners in their first league, but Cyprus with 72,3%, followed by England (58,4%) and Portugal (56,4%).

Big European clubs are interested in making money through different kinds of ways.
In every summer there is a break, where football clubs do not have to face other rivals in a league game. So they have time, which they use for trips to Asia, which is a new market clubs have registered in the last 5 years.
After the club's team traveled to Asia they have some friendlies (= xx) to play against football clubs which are not at the same high level as them. 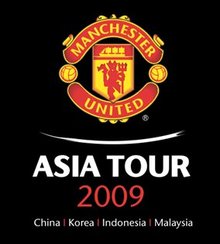 http://3.bp.blogspot.com/_em2YB8HTUH0
Even if well-known football clubs like Manchester United are owned by investors like Malcolm Glazer, they have to earn money.
To reach this target clubs play friendlies to make advertising for themselves. The consequences are that
their official game shirts get sold much more quickly in Asian countries like China, Korea, Indonesia or Malaysia, because of their risen prominence.
After these tours Asian people who went into stadiums to watch great teams play become more interested in international competitions like the 'Uefa Championsleague' or the 'Barclays Premier League'.
Therefore there is a growing interest in Asia in watching European football which leads to making money.

To improve the number of sold jerseys, businessmen buy Asian players so that the enthusiasm in the player's home country rises.
The video shows a training session of the Arsenal FC - Asia Tour

The gap between European football and other smaller clubs and leagues, especially in America, Africa or Asia becomes larger, because the best and most talented youngsters leave their home countries very early and for little money to become Europe's next hero and win important trophies.

But there is also a positive side: Players can change football clubs and go to another continent, but after they have played once for a national team, they cannot change it even if they get a new passport.
Because of globalisation young talented players get the opportunity to develop at a big football club. Later in their career many of them play for their national team which they cannot change. Since the early nineties when football became global, national teams of poor countries e.g. from Africa made it for the first time in the history of football into the FIFA World Cup Quarter Final (Cameroon, 1990 / Ghana, 2006 & 2010), whch shows that globalisation makes small nations in adverse circumstances but with talented players stronger! Other examples are Turkey and South Korea who made it into the World Cup semi finals in 2002. 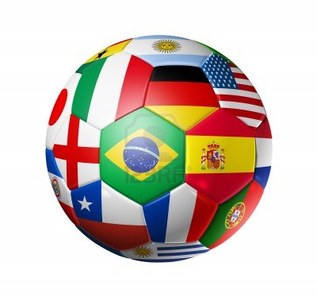