What is Movie Piracy? 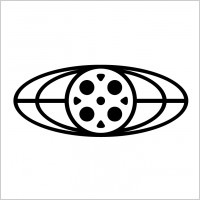 MPA Logo - www.brandsoftheworld.com
The correct wording for Movie Piracy is "Copyright infringement of audio-visual works". It describes the act of illegally copying a film and distibuting it in any way, i.e. via Internet download or DVD/Blu-Ray or the like. Falsely included in the term "piracy" is the illegal viewing (streaming) of a film on the Internet. This is possible through piracy but it isn't piracy in itself. The Motion Picture Association (MPA) claims that Movie Piracy costs the film industry billions of dollars every year. This is where a big discussion about the actual backlash of piracy begins.

http://torrentfreak.com/
The claimed cost of piracy in the U.S. alone lies between $200 and $250 billion per year as well as 750,000 jobs, according to members of the anti-piracy organisations Stop Online Piracy Act (SOPA) and the Protect IP Act (PIPA). These numbers were questioned by many, considering $250 billion a year would mean $800 per person living in the U.S. Also 750,000 jobs are twice the amount of people working in the motion picture industry in 2010. So these numbers sound a little too high. A less biased research concluded to a cost of $58 billion a year but admitted that methodological problems like double counting increase the number considerably. And the worldwide cost, according to the Motion Picture Association of America (MPAA), was, compared to the other figures, "only" about $6 billion in 2005, of which 22 percent were in the U.S. (see chart). Now seeing these extremely differing numbers, one can see that the actual cost is hard to determine.

http://screenrant.com/
The film Zombieland has the status of being "the most pirated film on the internet - one million downloads and counting". Due to this fact the writer Rhett Reese claimed "a Zombieland sequel is now a questionable endeavor".
Zombieland‘s current worldwide earnings – according to Box Office Mojo – approximate to about $100 million, more than quadrupling the movie’s $23.6 million production budget. So making a sequel seems logical... but if you add the promotion and marketing, the profit decreases to a small amount. If one million people had spent $10 to go and watch the film, instead of spending 10 minutes on downloading it, the profit would have increased by 10 percent. If so many people enjoy the film, then why not spend a few dollars to support a second film, which you then again will enjoy?

Other ways to view movies 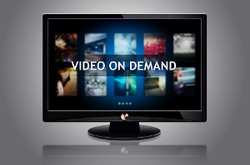 In surveys on movie-downloading, many people's reason for downloading was the comfort of being at home and not having to go out, the option of pausing the film if needed and not having to sit next to some stranger in a crowded cinema. Far less people claimed that money was the issue. So what could the MPA learn from this? People like to watch movies at home and this is now possible due to modern technology. Many cable providers offer Video-on-Demand (VoD) and that is exactly what people want. If you take the average rental cost of a fairly new film via VoD, which is about $6 and compare it with the average price of a trip to the cinema for two people, you'll probably end up with triple the cost and having to leave your home. Added to that fact, no-one will disturb you at home and you have the option of pausing whenever you wish to do so. You get the luxury of your living room, a free choice of food as well as privacy, meaning you don't even need to get dressed if you don't want to.
So if the MPA recognises this rising trend and starts changing their traditional view on cinema, then the loss of money through piracy decreases and in the end, everybody is satisfied.